Throughout the years, these slopes have been sculpted and seeded, and the company has planted trees along the top perimeter. Special seed mixtures (using species native to the region) were used to prevent erosion. The rehabilitation required over one million cubic meters of overburden from onsite sources, and topsoil was spread to depths of six inches. Looking ahead, part of the final rehabilitation will include filling the quarries’ south end from an elevation of 125asl to 185asl, which will require 35 million cubic metres of fill. That part of the rehabilitation area will be progressively rehabilitated over the next 100 years of the mine’s operation.

The McGregor Quarry, operated by Walker Industries – Walker Aggregates Inc. in the Town of Amherstburg, earned the 2016 Progressive Rehabilitation award from OSSGA.

Presented at OSSGA’s 2017 Annual Conference and AGM in Ottawa, Ontario, the Progressive Rehabilitation Award recognizes ongoing efforts of individual operators in progressively rehabilitating their sites in accordance with their site plans. 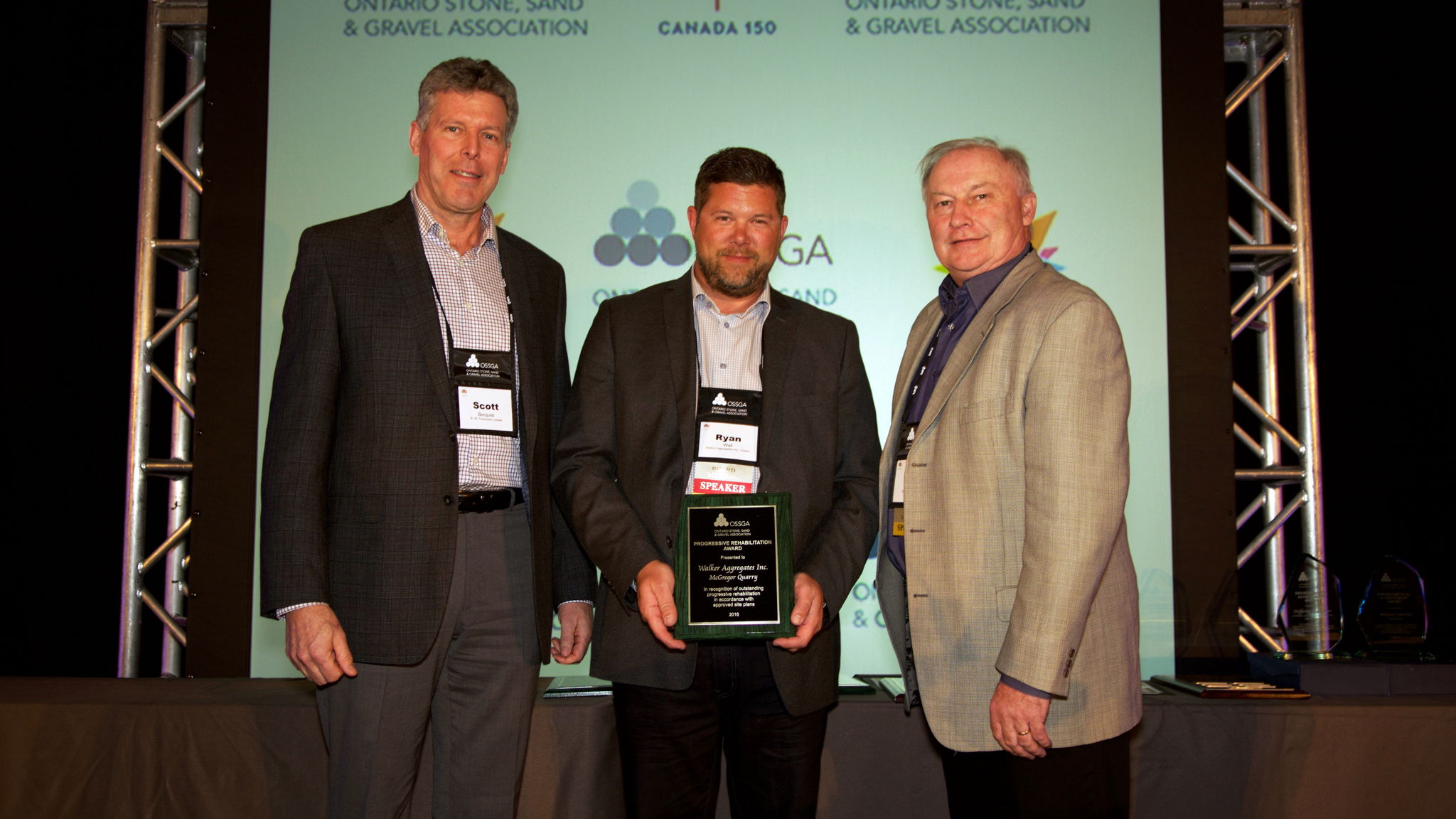 “I’m extremely honoured to be receiving three prestigious industry awards on behalf of the employees of the McGregor Quarry,” says Walker Aggregates Executive Vice-President Ken Lucyshyn. “These employees host neighbourhood events, support community charities, ensure the property is clean and environmentally safe, and work to rehabilitate the mined-out areas of the quarry to a natural state with the planting of native trees and grasses. I’m very proud of the work they do.”