From the Archives: Creating the Perfect Field

By Sarah B. Hood

*This article was originally published in the Fall 2016 Issue of Avenues. Read the entire issue here.

In A Sand County Almanac, a pioneering 1949 book about land conservation, author Aldo Leopold wrote of returning the land to the “healing care of the grasses.” It is a phrase that resonated with landscape architect Glenn Harrington, president of Harrington McAvan Ltd., and has stayed with him over the years.

It is also a credo demonstrated in an ambitious, multi-year agricultural rehabilitation research project that Harrington is currently involved in: the rehabilitation of CBM Aggregates’ Lakefield Pit site in Smith Township, Peterborough County, near Lakefield, Ontario. 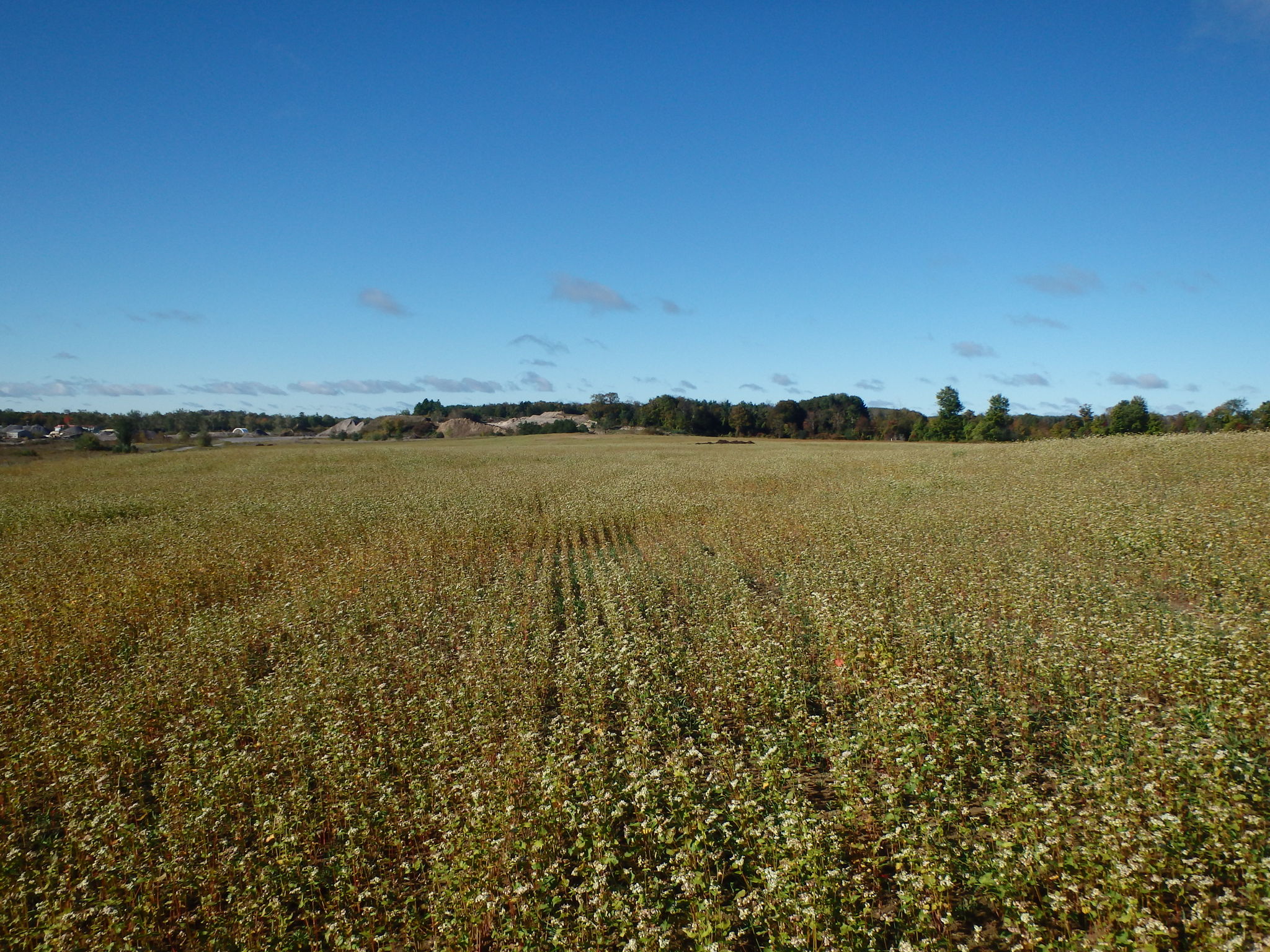 Given earlier work on the site, the project has been a challenging endeavour. “This is a very old site (and) in the old days, the saying was that, ‘You make your first dollar selling your topsoil,’” says Harrington. “There are a lot of these sites around the province that have no topsoil, and that’s a problem for everyone.”

This is what had taken place at the 190-acre (77 hectare) Lakefield site after it opened in 1950, followed by extensive extraction. “When we took over the gravel pit (in 2005), the area of our 22-acre agricultural project had been extracted fully to the bedrock. There was nothing there but the exposed bedrock and overburden piles,” says Mike Le Breton, land and resource manager for CBM Aggregates (Eastern Region). 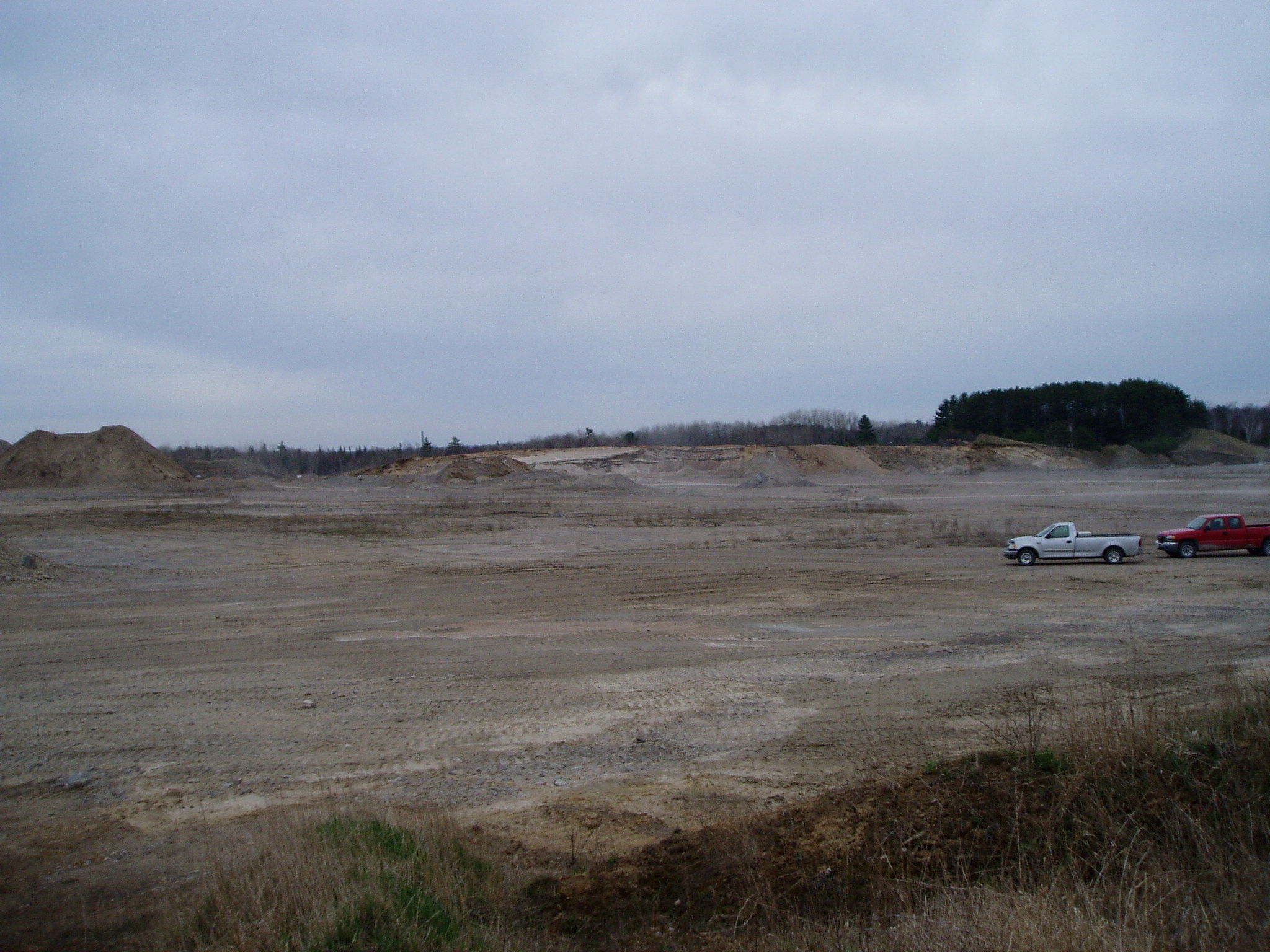 Rehabilitating a site for wildlife habitat normally requires a relatively short process of applying new topsoil and then sowing it with cover crops. But building up a level of soil nutrition adequate for profitable agricultural use is a much longer-term proposition. On the Lakefield site – parts of which are still active – the goal is to produce fertile agricultural soil at an accelerated rate.

It’s a bold rehabilitation project, and the process is being recorded at every step to offer a case study for the rest of the industry. “When we started the project, it was something we wanted to document,” notes Le Breton. “It’s important to us to have this process documented because we want to take those lessons learned and develop best management practices that we can use when we complete agricultural rehabilitation in other places.”

While the area had already been restored to a level that could accommodate recreational use in 2006-2007, the current aim is to take things much further. “That was fine – we met the site plan requirements,” says Le Breton of the initial rehabilitation. “Then our president John Moroz went for a drive back into the area where we had done the rehabilitation, and he challenged us. We were dealing with extremely poor soil conditions, and he said, ‘I’d like you to take the area you rehabilitated and make it as productive a farm field as the field beside it that has never been extracted.”

As testing revealed, the soil on the site was still poor in nutrients and showed a high pH level. “John challenged us (to convert) the worst-case site conditions… into something stellar,” Le Breton says. 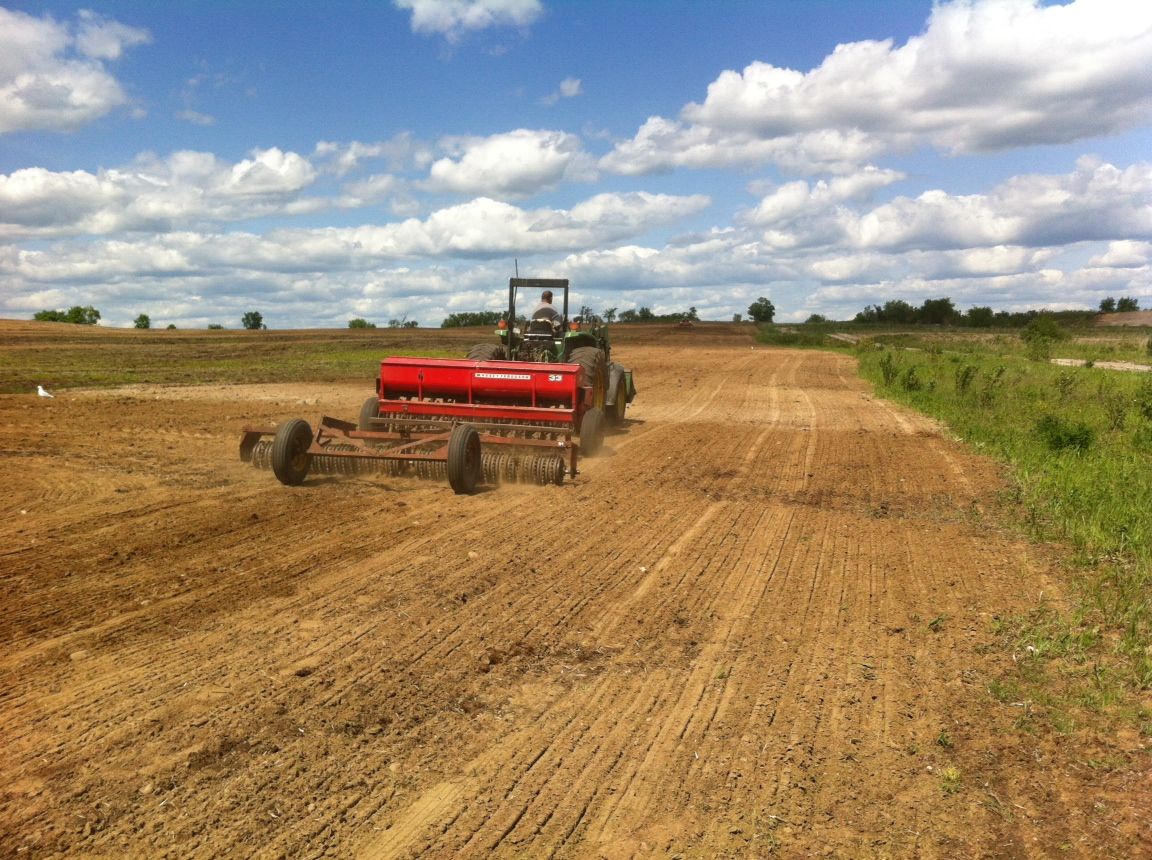 Le Breton was tasked with managing the project, and he began by creating a team that included Harrington, who contributes an extensive knowledge of soil chemistry, and tenant farmer Mel Thomas, who brings practical knowledge in farming field crops like corn, soy and hay. “We had full support from senior management to bring in people with expertise in doing this work,” says Le Breton. “The partnership is key to this. They provided ideas and we helped guide the process.”

In the fall of 2012, the team held initial discussions and site meetings, and they collected soil samples in order to plan the action to be taken. “When we got our initial results, we found that the soil had just above zero organic matter. We knew we had to increase the organic matter and bring down the pH, and the fastest way to do that is to apply manure,” says Le Breton.

In June 2013, the first 100 tonnes of manure were ploughed into the field, followed by planting a cover crop of buckwheat. Soil sampling that September showed improvement, so an additional 500 tonnes of manure were applied in May 2014. A vertical tillage technique was used to distribute manure to the top four inches of soil, and in some parts where test strips were used for comparison the area was seeded over with oats and red clover. 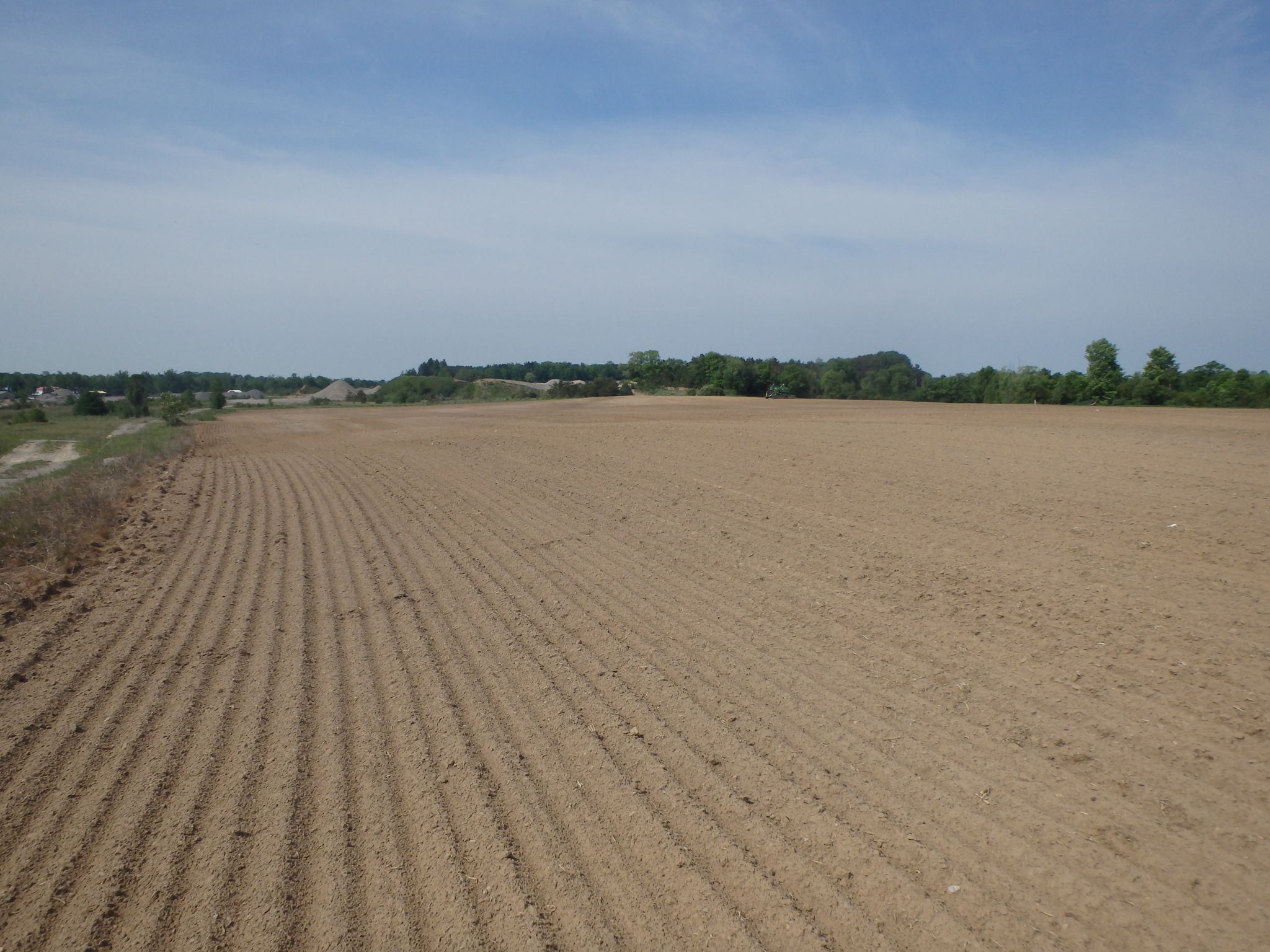 Each cover crop was chosen for its particular strengths in enhancing the soil. For instance, clover can be used to adjust nitrogen concentrations. The crops were not harvested at the end of each year, but instead ploughed back into the ground to return nutrients and organic matter to the soil. “When the pH is at a better level, then nutrients in the soil are more available to the plants, and the solution to that is the organic matter,” says Harrington.

Continual soil enhancement and measurement techniques were employed throughout the project. In 2015, a test crop of soybeans was planted in both the site being rehabilitated and the neighbouring farm field. “We planted the same soybeans at the same rate and used the same amount of fertilizer,” says Le Breton. “In November, after two years of soil management, we had a 70 per cent yield compared to the control field.”

“To get 70 per cent of what the next field yields in two years – that’s amazing,” Harrington says. “In some areas of the site, the yields were the same.” 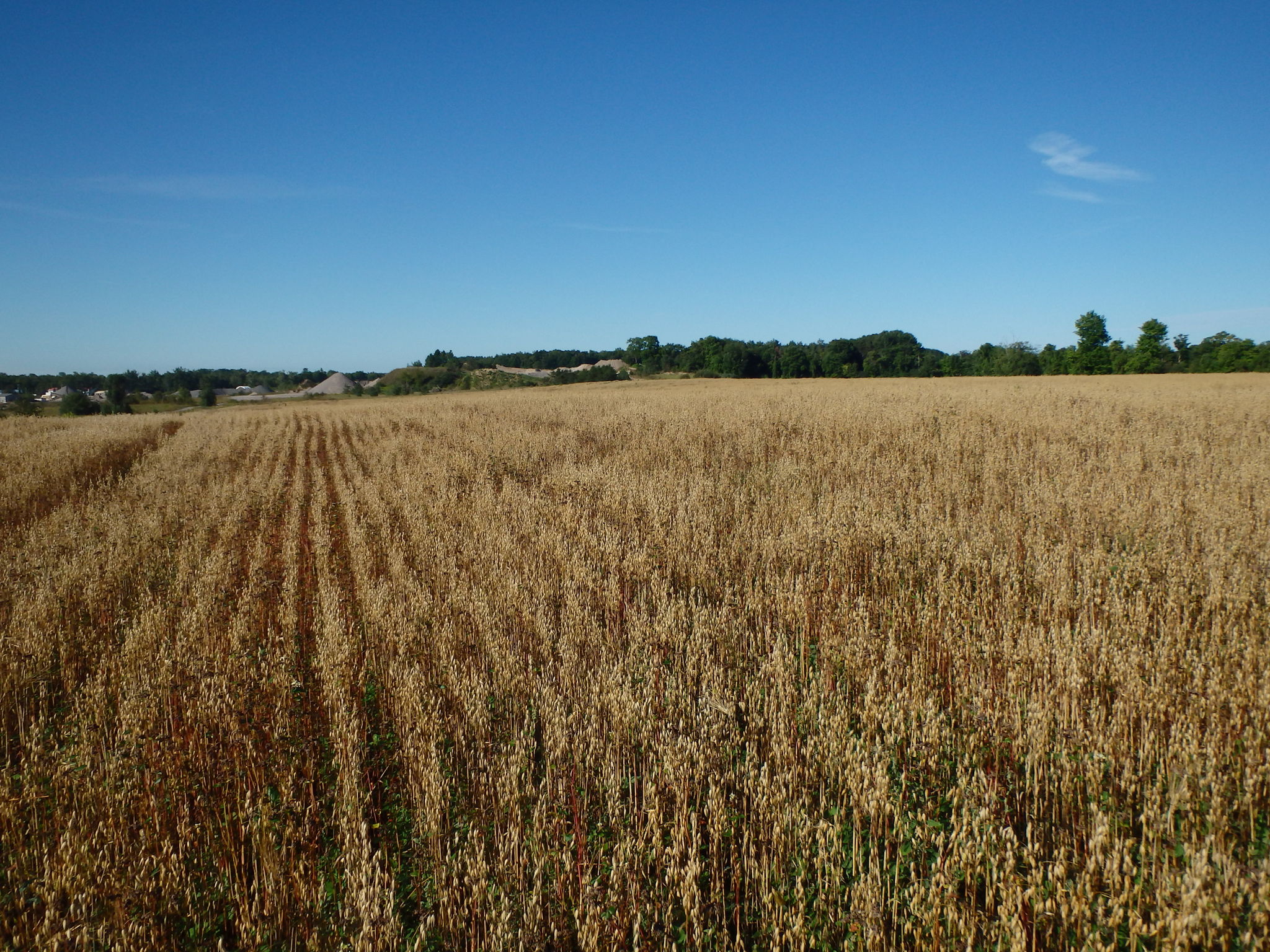 Most rehabilitation projects are generally completed throughout the course of a single extraction season. The Lakefield project, however, is long-term, allowing participants to actually experience the change in soil quality, which has been gratifying for everyone involved. “We’ve done agricultural rehabilitation in the past, and it’s been successful. But to be able to really dig into it, to see the science and change over time – to me it’s been very rewarding,” says Le Breton.

Harrington believes that aggregate companies can play an important role in creating arable farmland, even so far as engineering a perfectly shaped field. “One of the advantages that the aggregate companies have is the ability to change the shape of the land, and a really good farmer who wants a very good farm does that on their own,” he says, noting that Mennonite communities will even “move hills, because they need the land to be more gentle.” 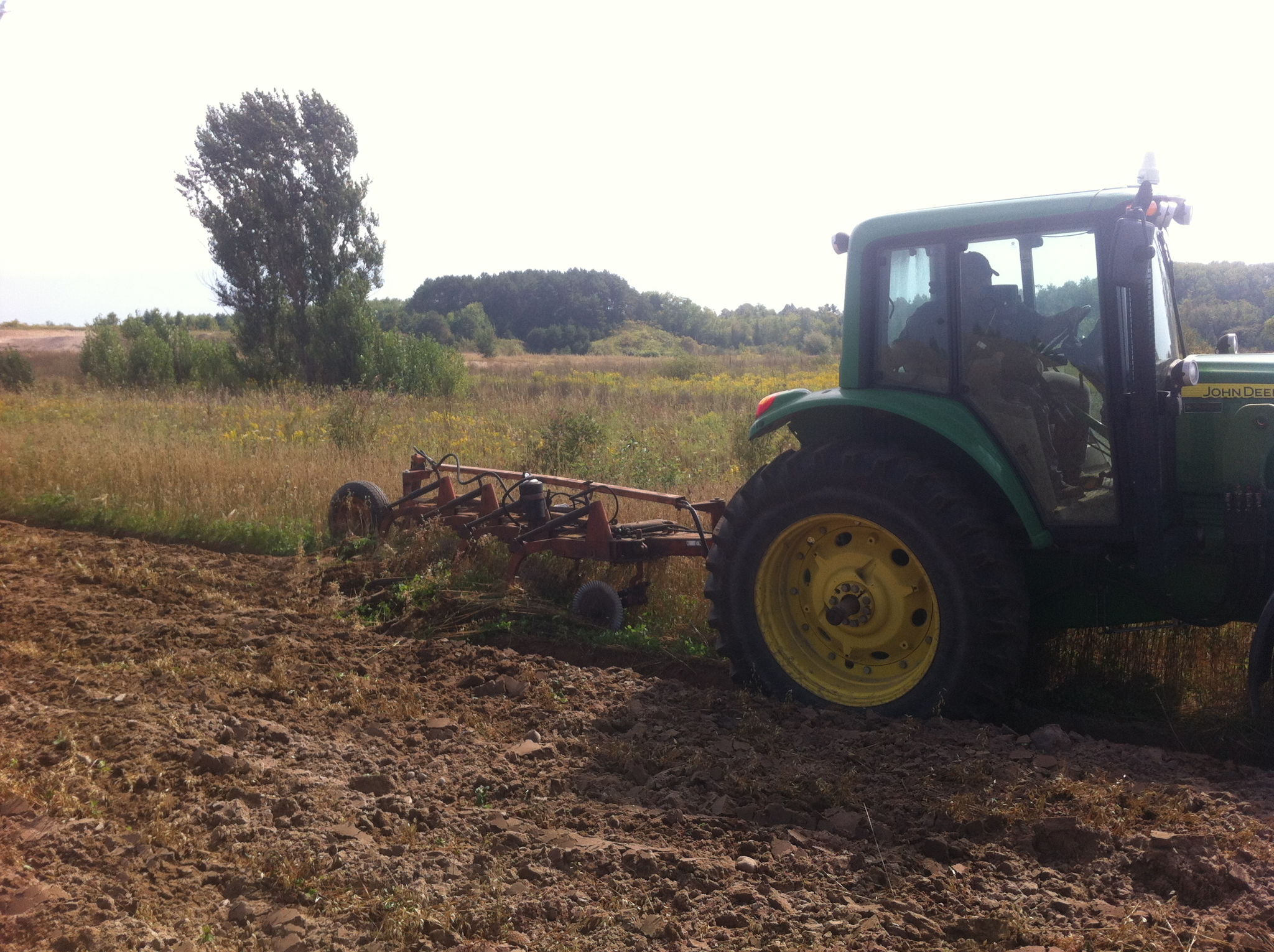 Moving forward, the cycle of soil management and measurement will continue. At the end of this year, the plan is to take more soil samples, assess results, and put together the next stage of the soil management plan. Despite the process lasting longer than the norm, it has not cost the company significantly more than other types of rehabilitation, says Le Breton. 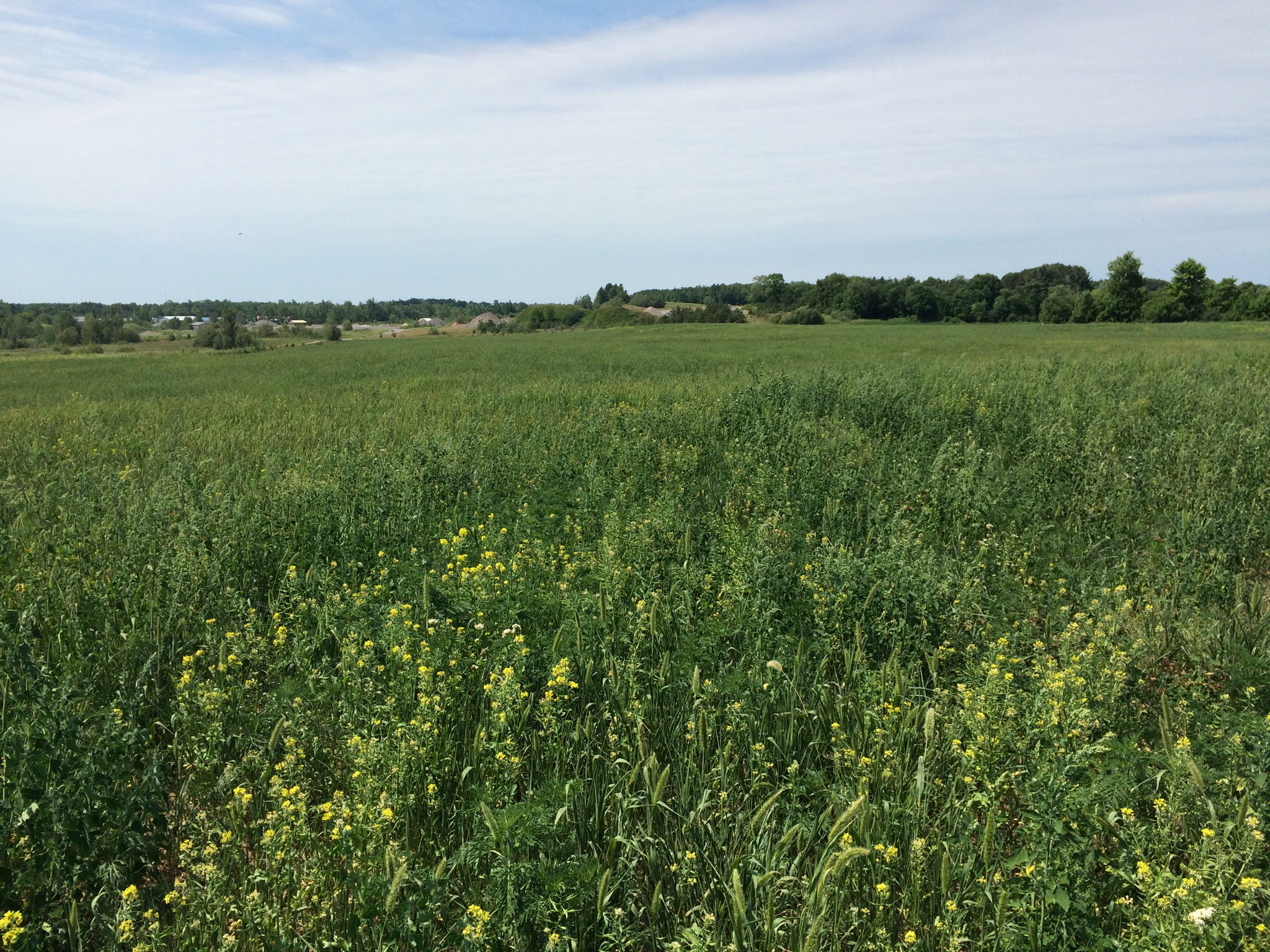 For CBM, staying at the forefront of site rehabilitation remains a critical part of its work. “CBM wants to be leaders, we don’t want to be followers,” says Le Breton. “Projects such as the one at our Lakefield Pit give us the knowledge to be able to meet or exceed the evolving rules and regulations that govern our industry.” 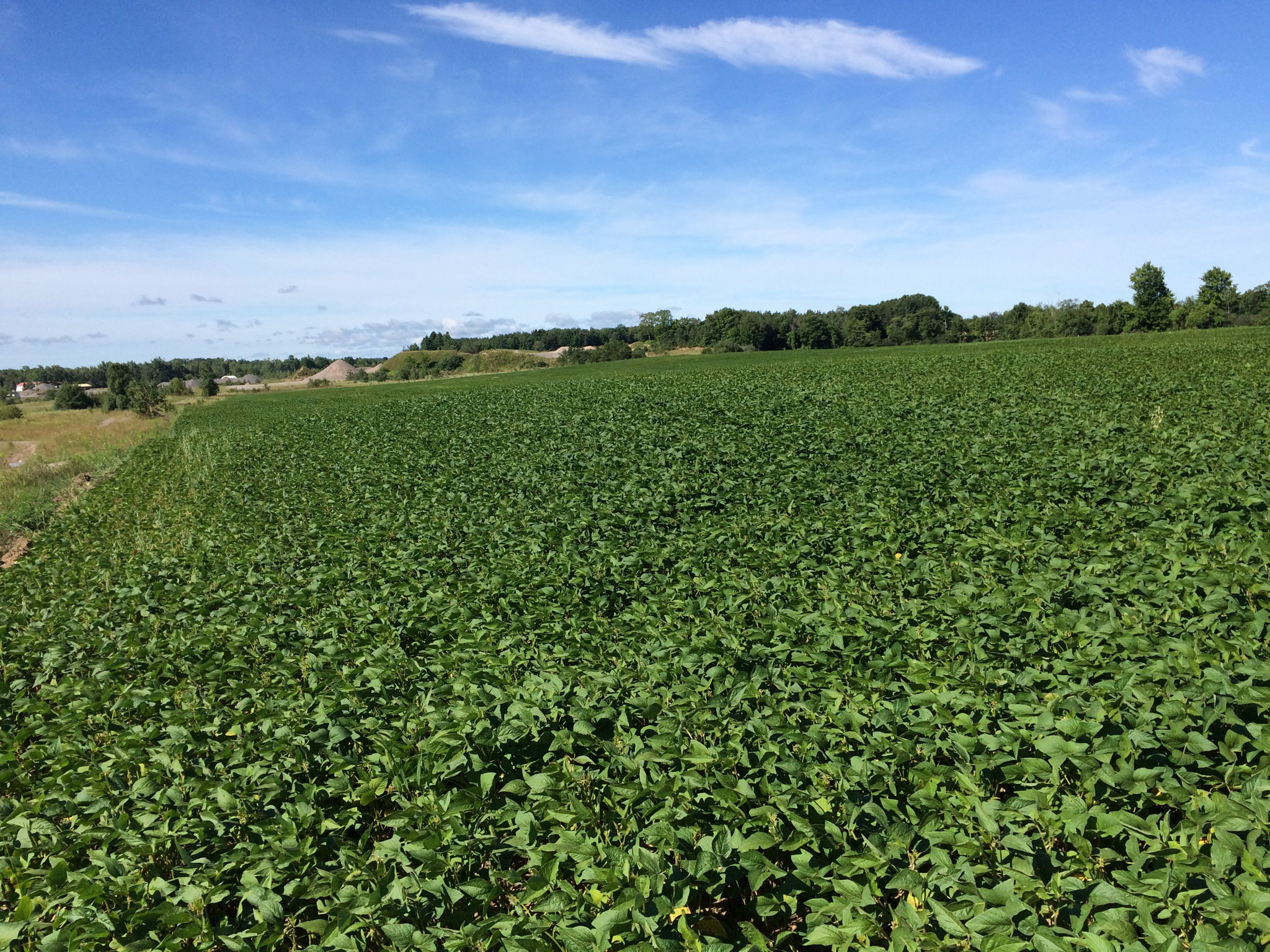 With the bar being raised each year for the industry, rehabilitation projects like the one at Lakefield will help keep aggregate producers ahead of the curve.